By andimaginaryDesign, Photoshop
No Comments 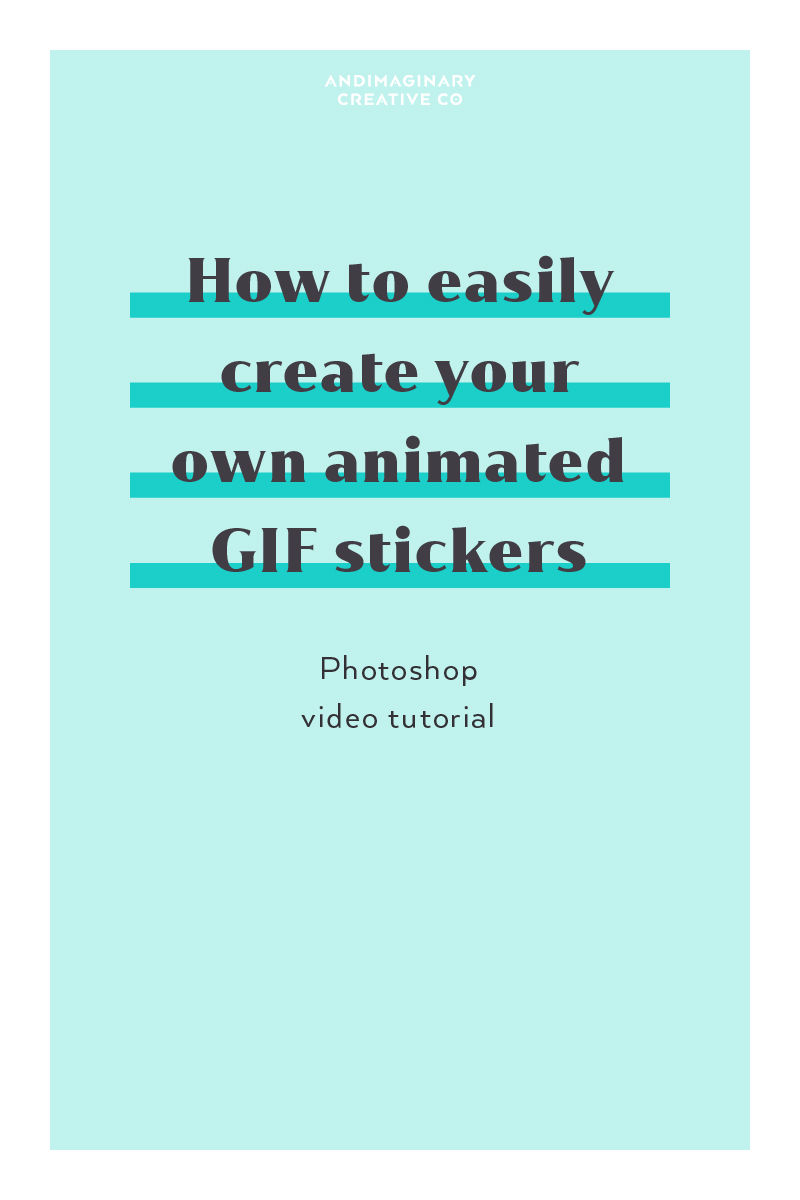 Back in the early years of the internet when we had to type in html codes to design our websites (= horrible IT class memories), there was something that everyone went obsessed with.

Soon, every page had 100 hundred different animated gizmos jumping and looping around, fighting for attention and aiming to meticulously kill our eyeballs. Yep, we all went a bit overboard with GIFs…

At this early stage of DIY websites, animated GIFs were used for decoration. As sites got neater, they fell out of fandom.

But a decade later they returned thanks to social media and boredom fighting sites like 9Gag. Why? The looped animation feature could capture more emotions than a simple image but was easier to share and embed in pages than a full video.

WHY TO USE ANIMATED GIFS IN YOUR BUSINESS?

The emotion is the key here.​

Expressing emotions on your website and in your newsletter is much harder than in person. You must be the most badass word ninja in the world to be able to express strong, captivating emotions and message through your copy. It’s possible but requires lots of practice.

While you’re training your Stephen King muscles, you can use animated GIFs to add that extra cherry on top – the little extra detail that turns your brand more human in the reader’s eye.

WHERE TO USE ANIMATED GIFS?

The best place to use animated GIFs is your newsletter.

Small business newsletters don’t have to be as strict and formatted as they used to be. You don’t have to sound like the IRS or look like an Anthropologie catalogue to be taken seriously.

Instead, you must sound like you’re just writing to a friend. “Conversational is the new professional” – as Laura Belgray, copywriter at Talking Shrimp and co-educator of the Copy Cure wisely said.

A conversational newsletter gets along with animated GIFs pretty well.

Don’t forget that less is more. Only add animated GIFs to your newsletters when they emphasize your message and support the mood of the email.

Social media is another popular place to share animated GIFs. One of my favorite places to do so is Instagram Stories which lets you paste any Giphy.com GIFs onto your posts.

HOW TO CREATE YOUR OWN ANIMATED GIFS

Creating animated GIFs is a lot of fun. In addition, if you make your own GIFs, you’re able to match them to your brand identity: use the same colors and fonts. This leads to a more put-together look, even if the GIF itself is about a funny joke you want to share with your readers.

There are several ways to make your own animated GIFs:

TURN A VIDEO INTO AN ANIMATED GIF:

You can record a short video and easily turn it into an animated GIF on sites like EZgif.com.

The same way as Bubly Water did with these Michael Bublé GIFs:

When you do this, don’t forget to:

MAKE YOUR OWN ANIMATED GIF FROM CLIPART ELEMENTS:

You can reach a better quality when you make animated GIFs from vector illustrations with limited number of colors. Like this other example from Bubly Water:

You can create these GIFs in 2 ways:

WHAT IS A FRAME ANIMATION?

Frame animation is like the old-school flipbook animations. Have you ever made one? (Some of my mom’s thick post-it blocks ended up this way.)

Each second of these animations consist of still images (frames). The more frames you put in one second (= higher the framerate) the smoother animation you get. The most common framerates are 28, 30 or 32. This means 28, 30 or 32 images for each second.

But you don’t have to draw each 30 images to get 1 second of animation. With Photoshop, this process is much easier than it used to be.

HOW TO CREATE YOUR OWN ANIMATED GIF IN PHOTOSHOP?

Now that you see how to create your own, branded animated GIF, it’s time to share it. In my next post I will teach you how to add your own animated GIFs to your Instagram stories.

5 affordable ways to get a logo for your business