10 Free or Cheap Adobe Alternatives for Designers on Every Level 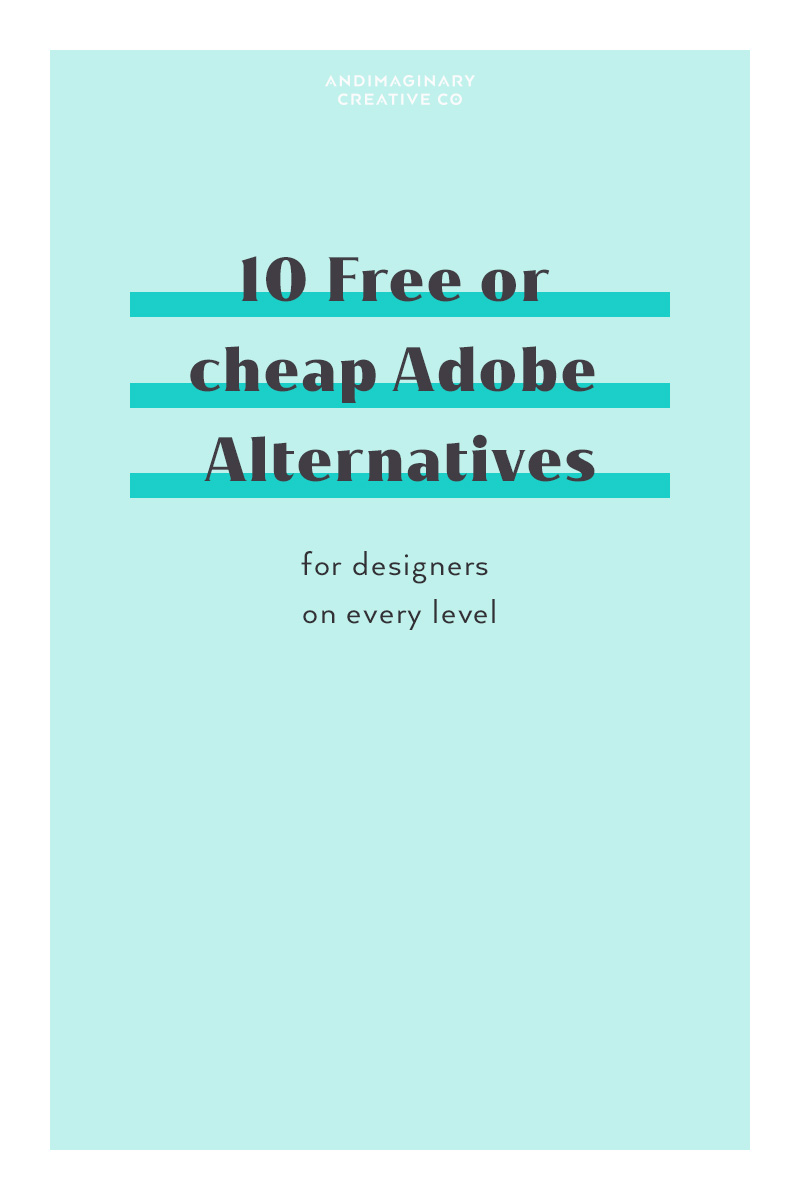 I’ve always been an Adobe girl ever since I had my internship at Walt Disney. I put many hours into mastering all their design apps and never regretted this investment. Adobe is one of the leading providers of industry standard design software. In fact, if you check any graphic designer job postings, you’ll see that employers all require you to know Photoshop, Illustrator and InDesign.

But a lot of things happened since my internship – both good and bad – that made me rethink my devotion to Adobe’s awesome apps.

If you ever thought that Adobe is not for you because it’s too expensive or too complicated, this post is for you. I’ll show you impressive free and cheap design apps that can do the same as the flagship Adobe software trio: Photoshop, Illustrator and InDesign.

I find it especially important to share with you why I went on a hunt for the best Adobe alternatives and why I’m planning to try many of them.

It wasn’t because of the price.

It wasn’t because of the complexity.

It was because of a moral issue.

If you follow the news, you might have heard that the US government pressured American corporations to withhold their support of the Venezuelan government. Their corruption really doesn’t need to be supplied with any type of American-made software, products, etc. This is totally understandable.

However, the way this change was implemented was equally bad. Many companies instead of just stopping supplying the Venezuelan government, left the whole country all together. And this is what Adobe did too.

You are a graphic designer in a country where the economy is in a bad state. Your money doesn’t worth anything, and you struggle to support your family. You decide to go on websites like Upwork or Freelancer to find clients from abroad, and you start selling on online design marketplaces. Soon you start to make decent income from these sources and feel optimistic again. Maybe your government and economy sucks, but in this beautiful global world and the age of internet you can still make a living.

Then you get a message from Adobe: your Adobe Creative Cloud account is closed, hasta la vista. Oh and by the way, we don’t give you back your money for the remaining part of your yearly subscription.

Bam! Just in a second a decision made in comfy, top-floor board rooms pulled the rug from under your feet again.

Yes, Adobe did exactly this.

Luckily, thanks to widespread public backlash, Adobe has taken some extra steps since then and got a special waiver from the US government to keep operating in Venezuela.

This doesn’t change the fact that big corporations can ruin individuals with their sudden, not comprehensively overthought decisions.

My opinion: let’s all keep an open eye for new players. These are new, small companies trying to get roots in a market that’s overwhelmingly dominated by the big guys. 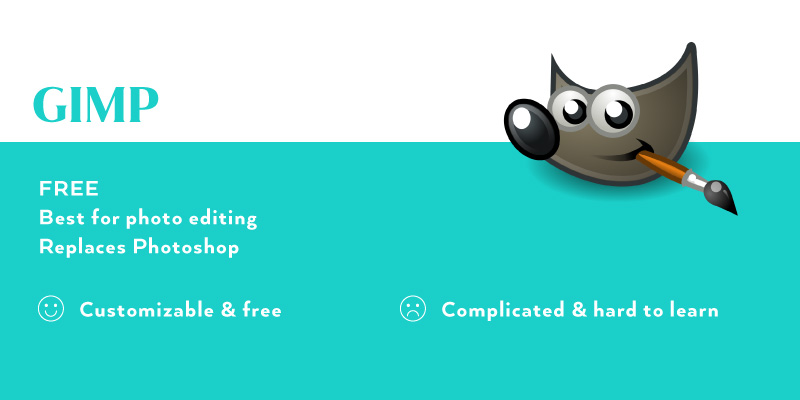 GIMP is a totally free photo editor that’s as close to Photoshop as you can get without a credit card. GIMP is available both for Mac and Windows. 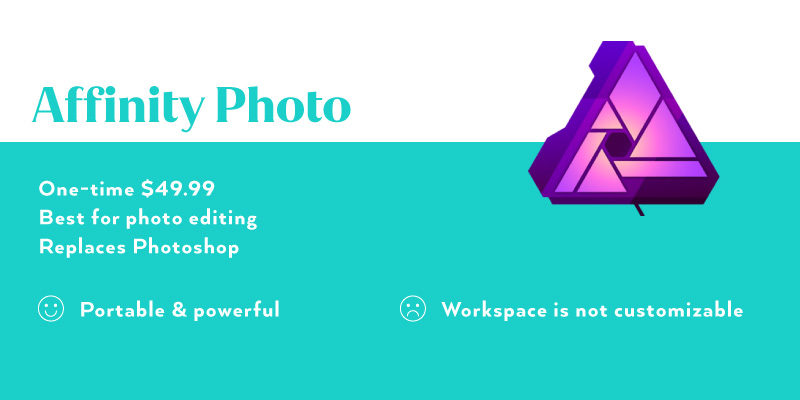 Affinity got many raving reviews from professionals and received multiple awards, for example the Apple App of the Year recognition. Affinity Photo is available both for Mac and Windows plus it has portable apps for tablets. 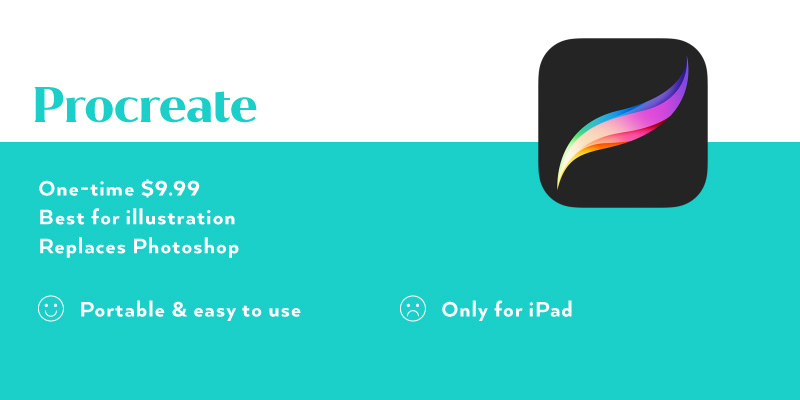 Procreate got widespread recognition in the past few years, especially since the Apple Pencil got introduced. It’s an amazing app for digital artists and illustrators.

Level: Beginner to Pro
​Replaces: Photoshop
​Best for: digital art and illustration
​Price: one-time $9.99 USD, no trial. Don’t forget, you need to spend on an iPad and Apple Pencil too.

Luminar is a revolutionary RAW photo editor that uses AI technology to tackle many advanced photo retouching requirements (for example skin enhancing, erasing unwanted objects from a photo and many more). It comes both as a plugin for Photoshop or as a stand-alone desktop app for Mac and Windows.

Level: Beginner to Pro
​Replaces: Photoshop & Lightroom
​Best for: photo editing
​Price: the desktop app costs one-time $69 USD (Luminar 3). Luminar 4 is rolling out soon and has a pre-order discount of $79 USD. If you want both Luminar 3 and 4, there’s a bundle for $99 USD. 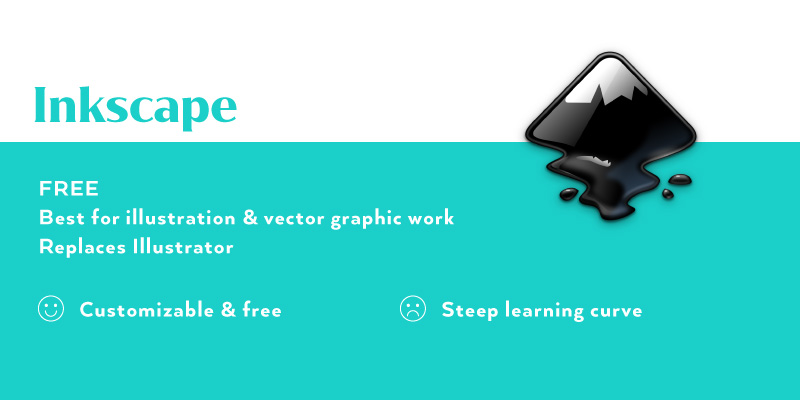 Another opensource design app like GIMP but Inkscape is aimed for vector graphic design. So it’s perfect for logo design, icon design and vector based illustration. Inkscape is available for both Mac and Windows. 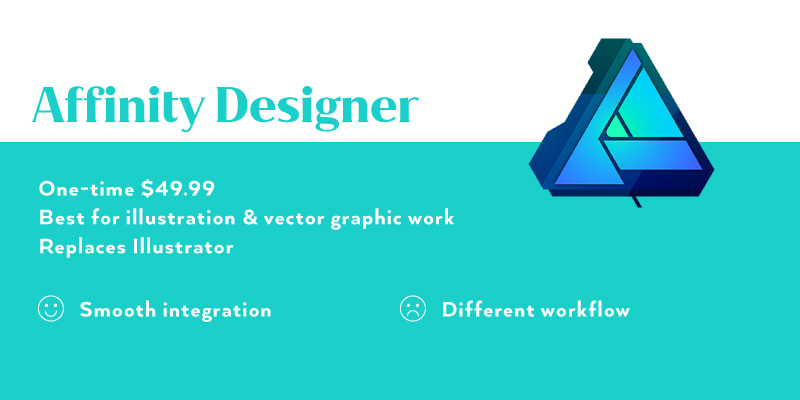 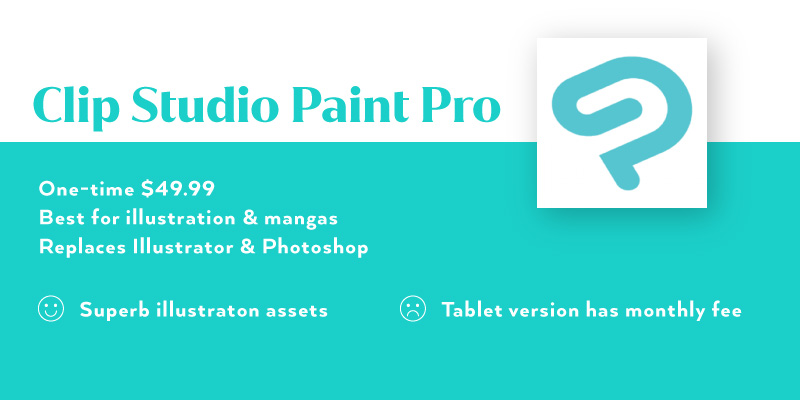 If you ever wanted to create mangas or animes, Clip Studio Paint Pro is for you. It allows you to draw vector illustrations (so you can scale up or down without quality loss) and has some awesome features specially designated to manga artists. I also love that it comes with a library of brushes, motion and burst lines, speech bubbles and other elements that speed up illustration. Clip Studio Paint Pro is available both for Mac and Windows.

There’s also a Clip Studio Paint Ex version that has some extra features and lets you create multiple artboards in one document. But these are not necessary if you focus on mainly illustration. 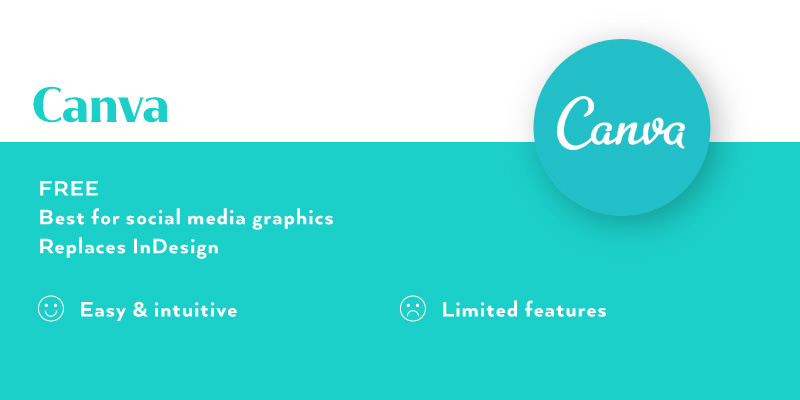 I list Canva here – as an InDesign alternative – because it can’t really do much for photo editing, it also lacks any vector graphic features, but it can help you with online publishing. Especially if your focus is more on social media and shorter – few pages long – workbooks, e-books.

You can also use Canva to design simple flyers, posters and business cards.

Canva is a browser-based app so it’s available both for Mac and Windows users plus it has a portable version for tablets and smart phones. 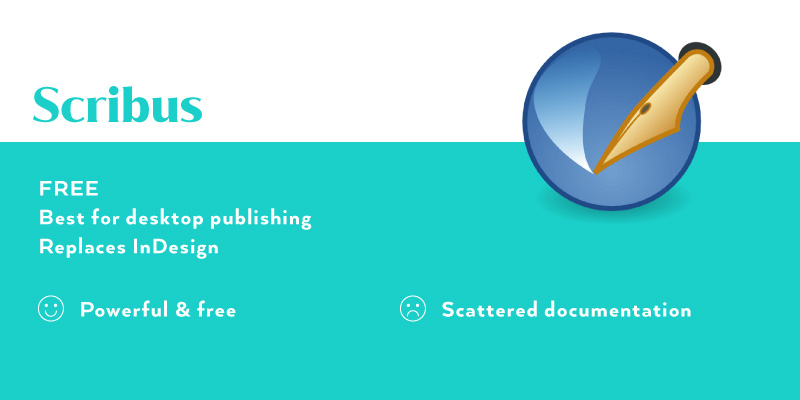 Scribus is a totally free publishing app that lets you create professional level magazines, books and other publications. Affinity Photo is available both for Mac and Windows. 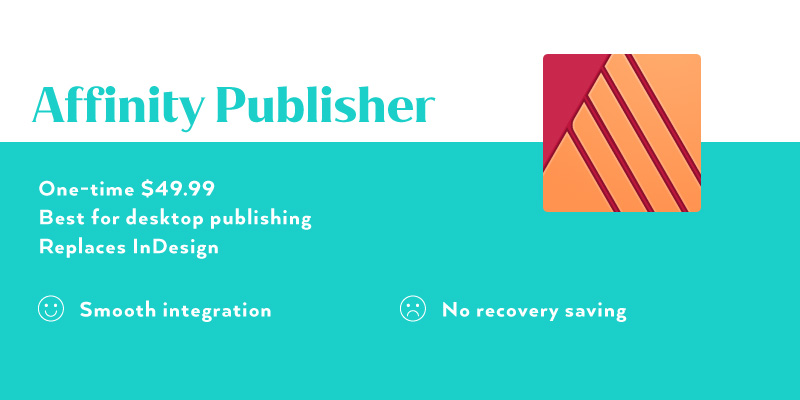 A new player in the Affinity family, Publisher is a powerful InDesign alternative. It integrates with Affinity Photo and Design smoothly and only requires a one-time $49.99 USD payment instead of a monthly subscription. Affinity Publisher is available both for Mac and Windows users plus it has portable apps for tablets.

WHICH ADOBE ALTERNATIVES ARE YOU GOING TO TRY?

Now it’s your turn! Let me know in the comment if you plan to try any of these Adobe alternatives. Also, let me know if there’s an app you love and can replace Photoshop, Illustrator or InDesign. I would love to check them out and keep this list updated with new awesome apps.

My all time favorite productivity tools​